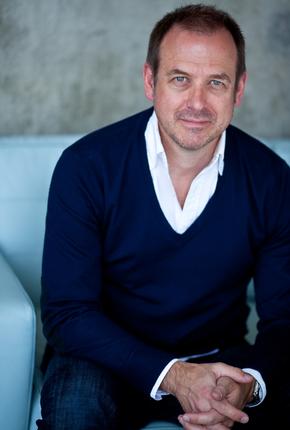 Ian James Corlett began telling stories at a very young age.  He started with hand puppets and marionettes, which segued to performing with a ventriloquist dummy, which leap-frogged into making animated films, then evolved into student comedy shorts, then led to creating and writing animated series’ and then writing books.

Ian has written for, and/or developed many popular children’s series’ such as The Adventures of Paddington Bear, Will & Dewitt, Lunar Jim and Rescue Heroes.  He has also created several original series including his namesake show, BEING IAN.

Ian is also a very well-known voice actor in the world of animation, entertainment and advertising.  He is the voice of literally hundreds of animated characters including “The Conductor” on PBS’s Dinosaur Train,  “Dad” in Johnny Test, “Cheetor” of Transformers/Beastwars fame and a dozen different characters including “Mr. Pop” in Dragontales.  He has been the TV promo voice of Family Channel, PBS and Fox Kids, as well as commercial brands like BestBuy, McDonalds and VISA.The father of two and husband of one for nearly 30 years, he enjoys hanging out with his kids, travel, and great food.  He currently splits his time between Vancouver, British Columbia and  Los Angeles, California.

Ian’s one “vice” as he calls it, is a love of automobiles.  He is most proud of his latest Porsche, a fully restored 1966.  But this Porsche is a special one.  Ian had it converted to 100% electric drive.  With all the classic looks on the outside but sporting ultra modern and environmentally friendly technology under the hood it is Ian’s pride and joy.

Ian’s not-so-secret desire is to be a professional race-car driver and is quick to point out that Paul Newman started late!


For more about Ian visit, www.ianjamescorlett.com